Every time there is a tragedy of great magnitude such as that of Newtown, Connecticut, there is a societal uprising demanding to know why it happened and how it could have been prevented. The special interest groups stand on their opposing platforms to make their cases for more guns or less guns while the rest of us try and sort through the rhetoric to find a logical and practical way to keep lunatics from killing our children.

As a mother, I want the peace of mind that comes from knowing my kids are safe when I drop them off at a learning institution. We no longer take that for granted and we certainly cannot afford to live in the mindset that “things like that only happen in other places.” We are Sandy Hook, Columbine, Virginia Tech, NIU, etc. When something like this happens to one of our neighboring communities, it happens to all of our communities and that means that we as a collective society must stop pointing fingers and take collective ownership.

In the days following the tragedy, I received many calls from concerned parents and heads of educational institutions who wanted to know how the police department intends to respond to this tragedy and what measures we have in place to ensure that this doesn’t occur in our community. I can assure you that the police response to any shooting – no matter what the venue – is to move towards the gunfire and eliminate the threat. You can rest assured that we will do what we must to preserve life and you are in good hands with our capable and skilled police officers.

But let’s be realistic. The police cannot be everywhere at all times. As you are well aware, the police are called as an event unfolds – not before. And that might mean there will be casualties before we arrive (even with the typical response time being under three minutes). Knowing this, we have to find a way to predict and prevent these incidents before they occur.

We don’t want to glorify the killer by giving him notoriety but at the same time, we have a burning need to understand why he did what he did. We desperately need to understand what goes through the mind of a human being as he enters a school and assassinates the most innocent of all creatures – children. We have to know the “why” so we can gain preventative insight.

As a police officer, I feel very strongly against arming our teachers with guns. I think it’s preposterous that we would attach that responsibility to our educators who already have enough of a challenge. Besides, firearms are only as good as the proficiency of their user. We want our teachers devoting their time to better educating our children and not shooting at targets on a firing range. Let’s leave that to the police. 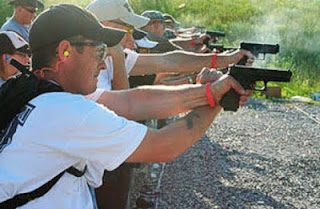 Many parents scoff at the thought of metal detectors in our schools because they liken it to the resemblance of a prison. Personally, I think that there should be an armed security guard at every school and those coming in should be subjected to metal detectors and searches. We’ve become accustomed to the security measures in airports as a result of terrorism so it’s time we took the same measures in our schools where body counts continue to rise.

Ironically, we devote much funding to equipping our schools with construction that is aimed at fire prevention in the form of flame-resistant materials, fire alarms, sprinklers, etc. When is the last time you heard about a fire that killed 20 students at a school? Exactly. So why not provide the same preventative (and costly) measures to prevent killers from entering our schools?

We have learned that mental illness plays a role in all of these scenarios. And I think I can safely surmise that walking into a school with the premeditated intention of killing people you don’t even know is a clue that you aren’t right in the head. We know that mental illness can strike in the most unpredictable of places. In other words, mental illness and instability does not discriminate and even families that provide a stable and loving environment may have this cross to bear. 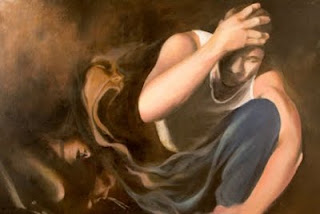 It’s not guns that are the problem; it’s putting them in the hands of unstable people that are the problem. The Chicago Police Department touts that it takes over 4,000 guns off the streets yearly. As of last week, 465 people were killed in Chicago as a result of gunfire. So, if guns are being confiscated under stricter gun control laws, how are people still dying? Heroine is illegal as well, but if you want it bad enough, you will find a way to get it. In other words, criminals will find a way to get their hands on what they desire even if it is illegal. Period.

With that, we need to take responsibility for our own homes and our own families. In every single school shooting, there were signs. After the massacres, people rose up and said of the shooter, “I knew there was something wrong…” but no one did anything about it. As police officers, we find it painful and frustrating to tell families that there is nothing we can do with a mentally unstable person unless they are a danger to themselves or someone else. It’s ludicrous because it’s often too late after they’ve exhibited violent tendencies towards others. It’s time that we as a society provide the resources to better address mental illness.

The conversation starts here. The problem-solving starts now. And it must be followed by relentless action. 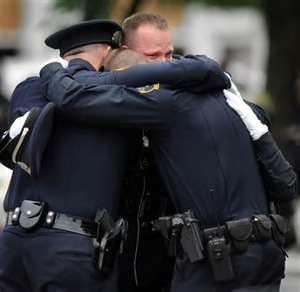