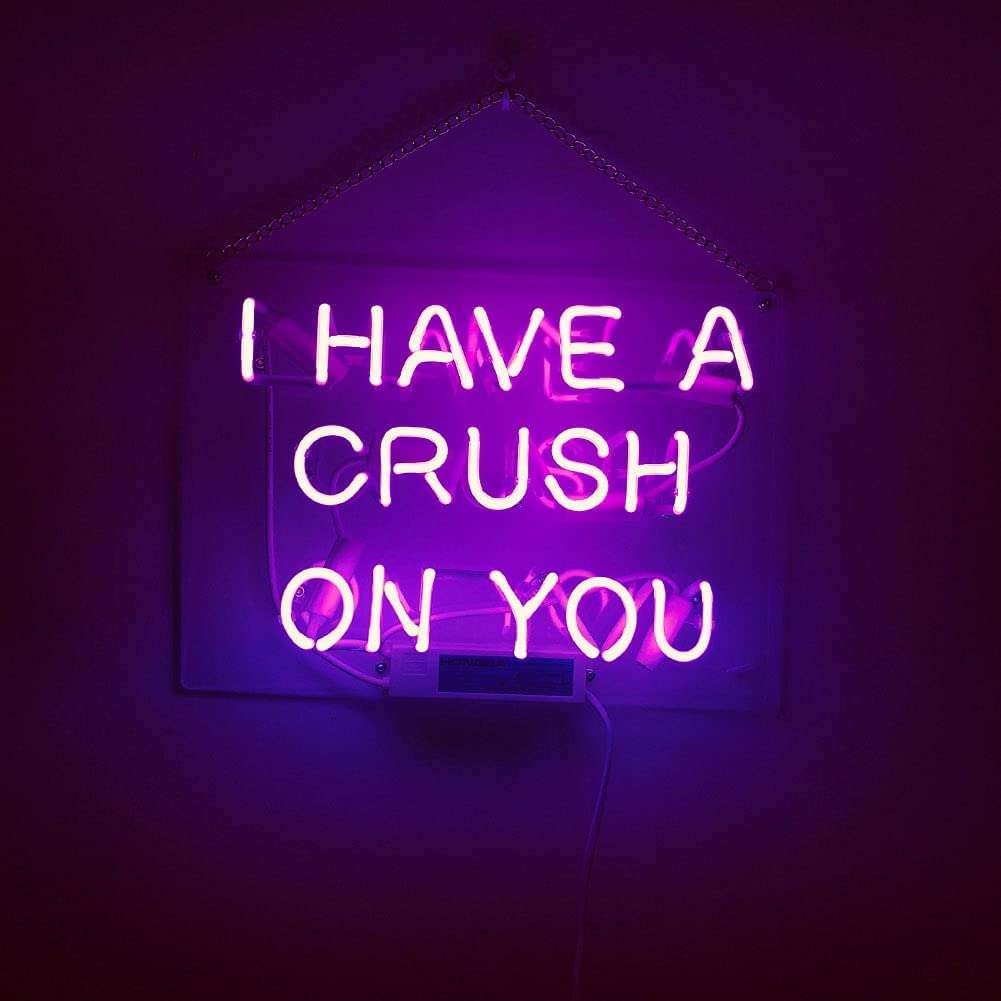 I have many leadership crushes on people I don’t know (Simon Sinek, Adam Grant, Daniel Pink, and Brene Brown, to name a few), and I appreciate their value to the world. But they are famous, so my crush on them is not unique or exclusive.

Mine is an intimate list of people I know personally that have added value to my life through leadership. They include people that have taught me something about leadership or inspired me.

My friend Michelle dubbed the term “leadership crush,” and I shamelessly stole the phrase and adopted it as my own. I’m giving her credit, and her making it on my list should be redemption for my thieving.

Naren is the CEO of Amplify Publishing Group. Naren is my book publisher, and I’ve had a crush on him since he called me to tell me he wanted to publish my book — but only after he and his team hacked it up! The first draft of my manuscript was “safe,” and he encouraged me to confront the complex topics in policing. He changed the chapter order and sent me back to the keyboard several times. The result is a book that I’m proud to have authored.

He knows his stuff, and I’m grateful to him for pushing me to a bigger vision. Beyond books, Naren has connected me with great people in the publishing and speaking industry, and my life has taken a new trajectory because of him. Professions aside, he’s also a cool guy, and I enjoy his company. 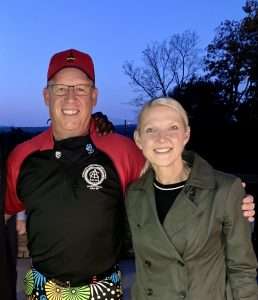 Chief Casstevens recently retired from the Buffalo Grove Police Department. His law enforcement career spans 46 years of dedicated service to our noble profession. As impressive as that is, it has nothing to do with my crush on him.

Everything I have achieved in life resulted from someone helping me get there. I have been a member of the International Association of Chiefs of Police (IACP) since assuming a leadership role in my police department. It never occurred to me that I would be worthy of joining the IACP Executive Board (an elected position that requires a full-on campaign) because I didn’t see the possibility for myself. Steve insisted I run and helped me by guiding me through the campaign process and advocating for me.

I have watched him do the same for others over the years, and his retirement this year allowed me to reflect on how much he has meant to me as a mentor and a friend.

As a bonus, he always waits for me at a board meeting with a grande blonde roast from Starbucks. 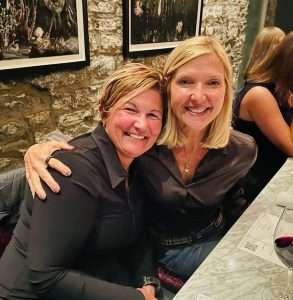 I met Deputy Chief Davey where all great relationships are formed: Twitter. She slid into my DM’s and asked me if I might like to come to Canada to speak at a conference she was organizing.

I love all things Canadian (buffalo plaid, hockey, and Justin Trudeau), so I was excited to jump on a zoom and hear her expectations of me for her conference. We met in person before I was slated to speak at her event in Ottawa because our paths crossed at the IAWP conference, where we were both speaking.

I went to her session, and she blew me away with her presentation. And I liked the way she pronounced the word “about.” She says “aboot” and I find that adorable. She came to my presentation and admitted that she was “vetting” me for her upcoming conference.   Once I got to Ottawa, she set up a dinner with other female executives in law enforcement representing Canada, and I loved every second of it. The conversation was stimulating, and I was so grateful to be introduced to such a fantastic group of leaders. DC Davey is a fierce advocate for equity, diversity, and inclusion in policing, and she will change our profession for the better.

I cross paths with thousands of people in my travels, but Davey stands out. You know if you know. 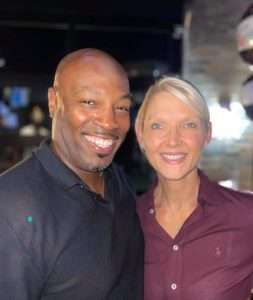 I’ve had a leadership crush on Keefe since our early years of working together at the Aurora Police Department. When I became chief, he accepted my proposal to be my deputy chief. I didn’t get on one knee, but a nice bottle of wine convinced him and his wife to say yes.

Keefe made me a better chief and a better person. He taught me to say NO because he thought I said yes too much. We both retired, but he’s not a situational person in my life that disappears just because we cease being in the same place. He comes to visit me in Naples, and he always calls to check-in. He is still one of my most trusted advisors regarding my life decisions. And he still manages to talk me off the ledge.

He reminds me that great leaders stay that way — even when titles fall away. 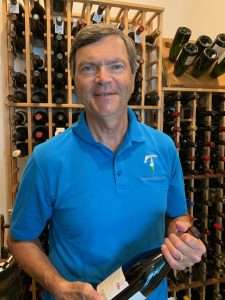 Since moving to Naples, I have had the great fortune of meeting new people. No one is actually from Naples, so making new connections and learning their life story is so interesting. I met Tom on the pickleball court (how cliche in Florida and yet absolutely true). Playing pickleball eventually led Tom and his beautiful wife, Sue, to invite us to their home for drinks.   That’s when I learned that Tom and I had much in common. He was the editor and publisher of the Capital Gazette newspaper when a gunman opened fire in his newsroom, killing four journalists and a sales assistant. We compared our stories of being at the helm of our respective organizations when a mass shooter changed the trajectory of our lives.

He’s brilliant, and he makes me think about the world and my place in it. He challenges me with questions, and I walk away from every conversation with Tom feeling more intelligent and fulfilled.   It doesn’t hurt that he also writes a column about wine every week. He converted the pantry in his house into a wine cellar, and I am happy to oblige him by participating in his educational tastings. It is the least I can do. 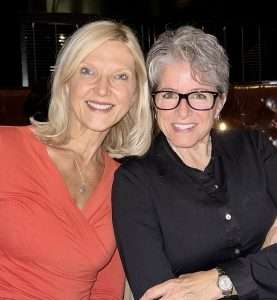 I met Sylvia when I “cold-emailed” her to ask for her advice regarding the application process for the Naval Postgraduate School. Over the years, I have contacted many female leaders to ask for advice or mentorship, and much of the correspondence was left unanswered. Chief Moir answered me immediately and gave me four pages of guidance. I’ve had a leadership crush on her ever since because she didn’t know me and still helped me. If you’re paying attention, that’s the secret sauce.

I can hardly recall my life without her because she is my sounding board on leadership philosophies. She’s a consummate intellect, and she feeds my nerdy soul. She’s an excellent mentor because she advocates for me. In a world full of “queen bees” who make it their hobby to sting other women, Syl is refreshing. Moir has become my family, and I’m so grateful for her abundance in my life.

We launched a podcast together because we thought it would be funny if the world got to eavesdrop on our phone conversations where we dish about the “hollow bunny” leaders we’ve encountered over the years.

As if that weren’t enough, she makes me laugh. Not like a normal laugh — but a snorty laugh. The best kind. 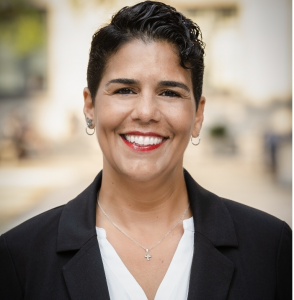 Navarro Gercone was a corrections officer, sergeant, lieutenant, and assistant chief at the sheriff’s office under the Sheriff she opted to run against in the race for Sheriff of Cook County (Illinois). I admire any service-minded person who chooses to run for political office because of the horrific mudslinging that has become commonplace in our elections. It takes guts to get in the arena.

My leadership crush on Carmen is not due to her decision to run for office. It’s because she got kicked off the ballot, reinstated on the ballot, then kicked off again in the final verdict from the Illinois Supreme Court. In the end, her opponents prevailed by keeping her off the ballot, but in my eyes, she is the true champion.

She was a badass when we crossed paths as alums of the FBI National Academy. But, her badassery came into full focus because of the grit and perseverance she displayed during this ordeal. She never backed down and displayed grace under fire like a boss. She’s my crush because of her fierce tenacity and courage to show emotion. 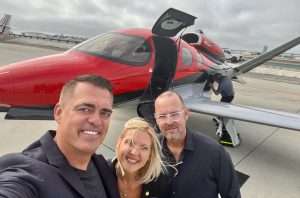 I am an Ambassador for the Axon company. Axon is the leader in developing technology products for law enforcement (Taser, Body Cams, Digital Evidence, Virtual Reality, etc.). I became a fan of their company as a police department consumer, but my leadership crush developed due to philosophy.

Rick Smith, the Co-founder and CEO of Axon, wrote the book “The End of Killing” and believes with all his heart and soul that we shouldn’t accept that killing is an unavoidable fact of life. His life’s work is to develop less lethal technology to create more tools for police officers.

He has a moonshot goal to cut gun-related deaths between police and the public by 50% before 2033. I’ve had the good fortune to hear his ideas, and I believe this dude is crazy enough to change the world. I want to be a part of his team to help him do it. Whenever I’m with him, I become more inspired by his passion and relentless pursuit of his mission, and my crush on him is hardcore. 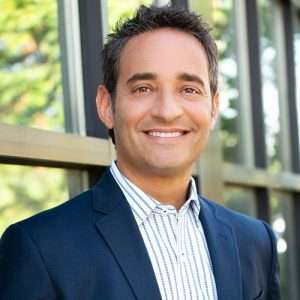 Josh is a partner at Impact Eleven. His mission is to “put talented people with a powerful message in a position to make an impact on the world.” I am new to the world of professional speaking, and I was introduced to Josh by my book publisher, Naren Aryal.   Josh graciously met me for lunch and answered all my questions about the business side of being a speaker.

He is a renowned speaker, author, and entrepreneur and has achieved a level of success that would make a person like me insignificant in comparison. And yet he always makes himself available to answer my lingering questions and never makes me feel like I’m bothering him.

I genuinely believe he feels it’s a privilege to help those attain the success he has achieved. I have a robust leadership crush on Josh, and I’m not afraid to shout it from all the stages he has helped me stand on. 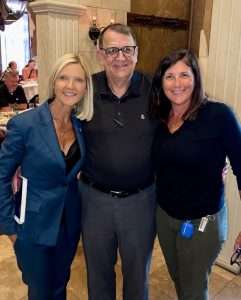 Ed just retired as the Executive Director of the Illinois Association of Chiefs of Police. That’s how I met him, but my crush on him has nothing to do with policing. He led the ILACP remarkably well, given that he was never in law enforcement. His background is in journalism, and I must have wanted unconsciously to be in that field because I am enamored by it.

Ed is a remarkable writer and has provided valuable feedback about my book. And he’s shared some of the things he’s written with me. Through his writing, I learned what an authentic leader he is. He personifies vulnerability, and I’ve come to a point where I have no use for the armored facades that people wear. Ed is real. He’s an amazing human, and I have a crush on his brain and his heart.

Thanks for indulging me with my leadership crushes from this year. I am very much looking forward to the year ahead, where I will be collecting new crushes to share with you. Think of the people in your life who have influenced you in some way and make sure you tell them. It’s not enough to feel it — you need to share it.